Only twelve presidents have led Dollar Bank since the institution's founding in 1855. This continuity is a testament to the bank's stability and the vision of its leadership.

Here are the stories of those who have served at the head of Pittsburgh's oldest bank. 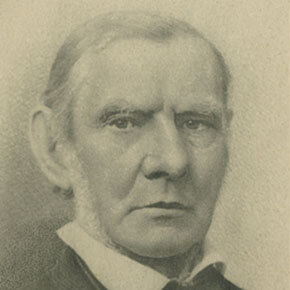 Born in Salem, Massachusetts to Lydia and John Albree, a merchant, George Albree led an adventurous youth. As a boy, he ran off to sail the oceans, joining the crew of the merchant marine sloop Holkar. During his few months at sea, he witnessed a naval battle off the coast of Maine before his alarmed father ultimately tracked him down and returned him home.


Albree moved to Pittsburgh in 1825, joining his brother, John. The Albrees were not bankers by background. The family business was a shoe store, located at the corner of Fourth Avenue and Wood Street in downtown Pittsburgh. A self-taught meteorologist, George Albree's detailed weather observations were part of a diary he kept for 26 years, from 1846-1872. His weather reports are preserved at the Smithsonian.

Albree was elected president of Dollar Bank in July 1855. To keep expenses low while the bank was starting up, Albree did not take a salary for the first four years of his term as president.

Albree and his wife, Martha, had four children. Albree served as an elder of Third Presbyterian Church of Pittsburgh for forty years. 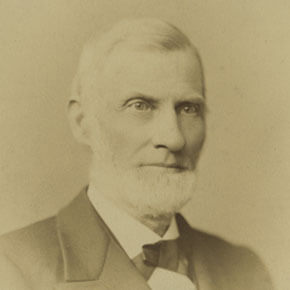 A native of Washington County, Pennsylvania, James Herdman was one of a family of six brothers and six sisters. He came to Pittsburgh as a young man and established a store on Wood Street selling leather, saddles and hardware for carriages.

Herdman was one of the founding trustees of Dollar Bank in 1855 and was president when Dollar Bank's Fourth Avenue Building was constructed.

Herdman and his wife, Sarah, lived on Arch Street in Allegheny City. They had three daughters and two sons.

His father, Alexander Speer, was a partner in the plow manufacturing company, Hall & Speer. The company was later renamed Alexander Speer & Sons, and W.W. Speer became head of the firm upon his father's death in 1876. From 1876-1880, he was president of the Pittsburgh Forge & Iron Company, which operated a mill employing 250 workers in Allegheny City (North Side) from 1867-1931.

He and his wife, Lavinia Kennedy Speer, lived in Allegheny City and had three sons and two daughters. Their son, William W. Speer (b. 1877), became a well-known local artist.

W.W. Speer was on the Library Committee of Allegheny City and held 7 U.S. patents in plow and pushcart designs. 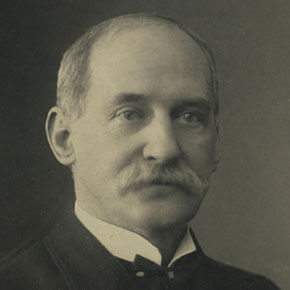 Born in Clinton, Allegheny County, where his father was the first postmaster, A. Wenzel Pollock was related to eminent physician and Dollar Bank trustee Alexander M. Pollock. A.W. Pollock started his business career working as a bookkeeper for a grocery business. He then joined the firm of Wallace, Cavitt & Co., dealers of lamps and glassware. The firm was later renamed Cavitt & Pollock.

Pollock was appointed secretary of Dollar Bank in 1890, followed by the offices of treasurer in 1895 and president in 1897.

In 1877, A. Wenzel Pollock married Sarah Aiken. They had four children, two of whom survived to adulthood. Pollock's son, Alfred C. Pollock, became an officer and trustee of Dollar Bank. A.W. Pollock lived on Franklin Street in Wilkinsburg for 44 years. 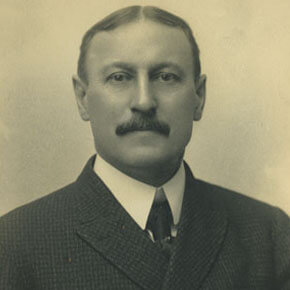 Bailey started out in the insurance business before going into finance.  He served as president of Commercial National Bank before it was absorbed by Commonwealth Real Estate & Trust Company in 1902, where he became vice president.

He joined Dollar Bank in November 1915 when he accepted the position of secretary.  Elected president of Dollar Bank in 1927, he guided the institution through some of the worst financial crises of the Great Depression.

Bailey and his family lived on Wallingford Street in Oakland. 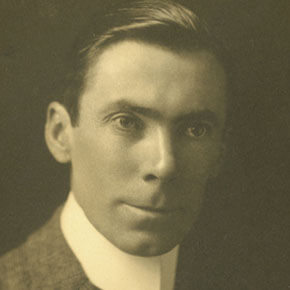 Francis S. Guthrie came from a distinguished Pittsburgh family that included two mayors -- his grandfather, John B. Guthrie, and his uncle, George W. Guthrie, who was also a trustee of Dollar Bank and its solicitor in the 1880s. Guthrie spent his early childhood on Filmore Street in Allegheny City with his parents, Priscilla Sellers and Robert Walker Guthrie, two sisters and a brother. The family moved to New York when Guthrie was 11.

He played baseball in college and semi-pro ball in the Commercial League in New York, earning $5 to $10 per game. He stayed active in the sport until he was 35.

Guthrie returned to Pittsburgh in 1890, where he worked seven years for Dollar Bank as a bookkeeper and teller. In 1897 he joined George Brothers, one of the largest real estate firms in Pittsburgh. In addition to becoming a partner at George Brothers, he was active in two insurance companies, one local and one in New York City. He was founder and president of the Insurance Club of Pittsburgh.

In 1909, Guthrie was elected to Dollar Bank's board of directors and appointed a vice president of the bank. 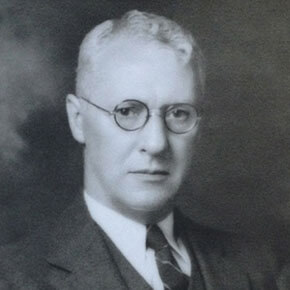 Charles Frisbie Chubb graduated in 1897 from the University of Michigan, where he was a hurdler on the track team. When he returned to Pittsburgh, he joined the real estate firm of George Brothers. In 1915, he resigned that position to become the business manager for Henry Clay Frick, and headed the Frick estate after the latter's death in 1919. During that time, he oversaw management the development of Frick Park and construction of the Union Trust Building in downtown Pittsburgh.

Chubb's background in real estate made him a strong candidate to lead Dollar Bank, with its extensive portfolio of mortgage lending. He served as president of the bank for 13 years and was on its board of directors for 27.

A lifelong outdoors enthusiast, Chubb was a director and secretary-treasurer of the Greater Pittsburgh Parks Association, and first president of its successor, the Western Pennsylvania Conservancy. During his association with these organizations, they acquired the land for what became McConnell's Mill and Ohio Pyle State Parks. For 30 years, Chubb lived and worked on a 340-acre estate in Coraopolis Heights, Hidden Brook Farm, where he planted more than 60,000 evergreens.

He and his wife, Mary Clare Albert Chubb, had three sons. Chubb owned a collection of antique bootjacks, which grew to more than 200 and which he proudly displayed at local gatherings with the Historical Society of Western Pennsylvania. 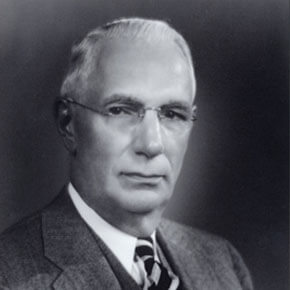 George B. Oates was born in Toronto, Canada. His family moved to the United States in 1888. After losing his father at an early age, Oates was raised by his mother and grandmother in Georgia. As a boy, he worked as a telegraph messenger to help earn money for his family.

He arrived in Pittsburgh around 1915 as a bond salesman for Philadelphia investment bankers Graham Parsons & Co.

Oates joined Dollar Bank in November 1935 as assistant to president Francis S. Guthrie, overseeing investment securities. Oates remained in that office after Charles Chubb succeeded to the presidency, and was elected president by the board of trustees in 1949.

He and his wife, Helen McCreery Oates, had one daughter, Mary. They lived on Solway Street in Squirrel Hill. 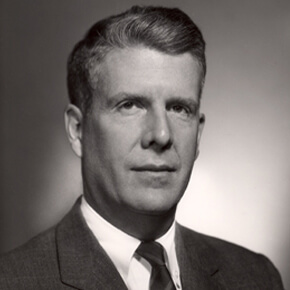 Fran Nimick attended Philips Exeter Academy, then graduated from Princeton University in 1939 and Harvard Business School in 1941. He held his first post-graduate job at Peoples First National Bank & Trust Co. only a short time before the United States entered WWII. Nimick served as a warrant officer in the U.S. Army from 1942-1946. After the war, he returned to his job at Peoples First National Bank & Trust Co., until he was offered the position of assistant treasurer at Dollar Bank in 1952. It was the second, and last, company he would ever work for.

Fran Nimick rose to treasurer and vice president. When he became president of Dollar Bank on January 1, 1959, he was just four months shy of his forty-first birthday, making him the youngest bank president in Allegheny County. Nimick oversaw the development of branch banking at Dollar Bank, driven by real-time, networked teller accounting machines. By December 1978, Dollar Bank had 21 locations in four counties.

For 73 years, Fran Nimick served the congregation of Sewickley Presbyterian Church. He was on the boards of Chatham College, Allegheny General Hospital, the Pittsburgh Symphony Orchestra, Action-Housing, and the Western Pennsylvania Conservancy. 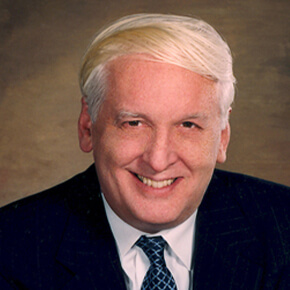 After attending St. Paul's Academy in Concord, New Hampshire, where he was a member of the rowing crew, Stephen Hansen graduated from Princeton University and the University of Virginia School of Law. While still in his twenties, he ran for, and won, a seat in the New York Assembly, representing Manhattan, where he had been born and raised. Subsequently, he worked six years at the FDIC and HUD, where he served as special assistant to the undersecretary.

Hansen joined Dollar Bank in 1976 as senior vice president. Two years later, at age 38, he became the youngest president in Dollar Bank's history. The considerable knowledge Hansen had gained of the financial industry from the legislative side made him especially well-suited to lead Dollar Bank into the future. Hansen championed changes in regulations to allow savings banks to offer checking products and remain competitive with other financial institutions. He led the formation of a network of surcharge-free ATMs, with more than two dozen regional banks as members of the alliance.

During Hansen's term as president, Dollar Bank's assets grew from $1 billion to $5.3 billion. He was the primary architect of many new departments at Dollar Bank and oversaw its expansion of operations into the Cleveland area. 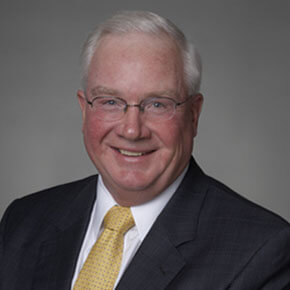 Robert Oeler served Dollar Bank for 43 years, leading the bank's asset divisions before being promoted to President and CEO in 2007. His extensive knowledge of the banking industry helped not only to lead the bank through the worst recession since the Great Depression, but also to grow the institution in the process.

Since his retirement, he continues to be involved with the bank as Chairman of the Board. In addition, he is the primary caregiver to his wife of 48 years, who has Multiple Sclerosis. He has two successful sons, and is also lovingly known as "Pap" by his three granddaughters. 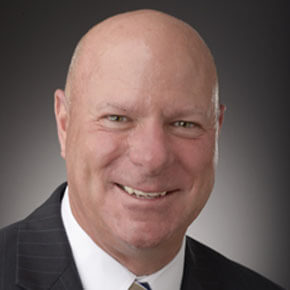 Jim McQuade grew up in the Pittsburgh neighborhood of Banksville, graduating from Bishop Canevin High School and Duquesne University. He joined Dollar Bank in 1995 and rose to the level of Executive Vice President of Retail Banking where he was in charge of Dollar Bank branch offices, loan centers, card operations, facilities, training, and retail operations. He also served as the bank's BSA Officer. Dollar Bank's Board of Directors elected him President in late 2015 and CEO in mid-2016.

Jim McQuade and his wife raised their two sons in Upper St. Clair, where his sons are active in athletics. He serves on many non-profit boards in the City of Pittsburgh. With his wife and youngest son both having survived cancer, he is passionate about cancer research and serves on the Board of Komen Pittsburgh.